🇺🇸 Kenny Clabaugh and the hat found on the ground 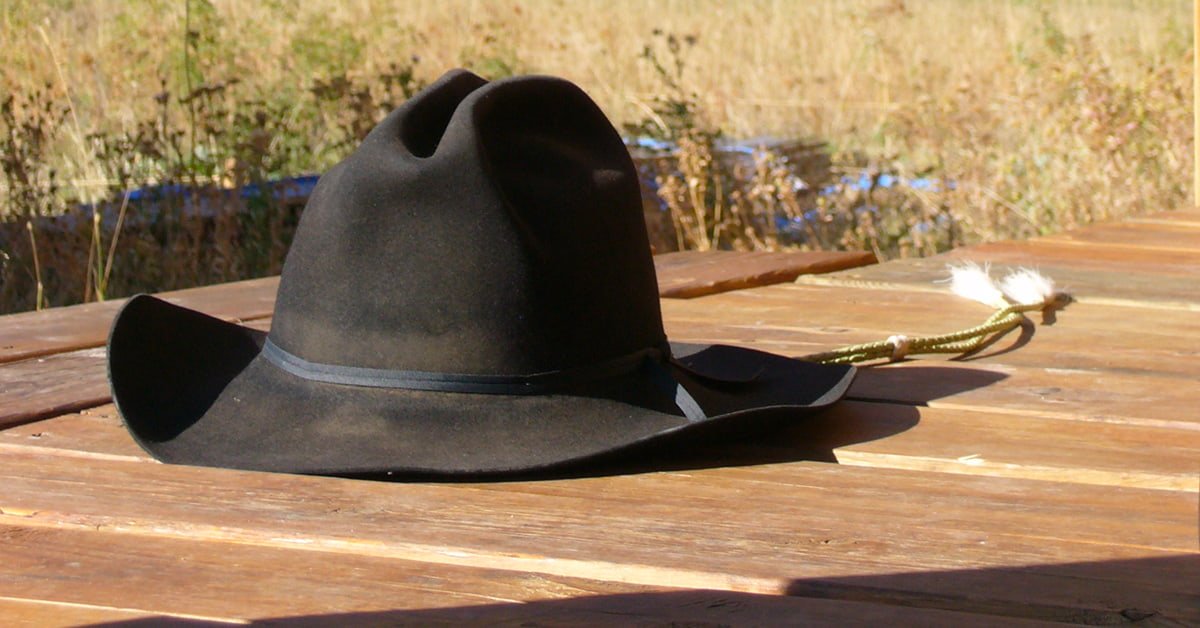 We’re ready to hit the road. A sunny day with few clouds on the horizon. The gusts of wind from time to time roll the brushwood around the ranch yard.
It’s late spring. The warm days allow us to stay with just a shirt (long sleeves always!) and enjoy the first warm in the afternoon.
Sitting on the handrail of the balcony, the typical Front Porch of the ranches, we are “visiting”, talking about this and that, while waiting for somebody whose contours I haven’t quite understand yet.
These are the first years of my time with Monte Snook. My English is far from what I will acquire later. I can guess the speeches, the intentions. The rest is thick fog. Not fully understanding has never embarrassed me; indeed, it has always encouraged me to learn more.

The ear strained to decipher the speeches of the Boss and Max, the cowboy who works with us, is disturbed by a roar coming from the dirt road.
A cloud of dust follows a mammoth, glittering pickup truck and a long silver horse trailer like I’ve never seen before.
A beautiful latest generation F-250 Ford, not like the unlikely work vehicles we have. It makes me think of someone important, successful.
The trailer is a brand new 24ft aluminum Featherlite as you can only see at rodeos. Almost 7.50 meters long plus Gooseneck1.

It pull over in front of the house. Very calmly and imperial, or at least this is the feeling that I had, a “big man” almost two meters tall comes out and barely raise his arm in greeting and move towards us.
Kenny Clabaugh shows up explaining how he want to manage the job we are going to do and, followed by his son, he steps to the trailer to leave the horses out.
The gait, made of small steps with the back slightly bent forward and the arms left dangling, betrays years of hard work that must have caused him problems with his feet. He proceeds as if he were walking barefoot on stones.
He places the saddle under a “Coors” showy blanket. The look of his horse has something strange: too tall to be a quarter horse and too stout, muscled to be a jumping horse.

In the saddle the majestic posture makes him look even more imposing. As he leads the group to the pastures, I get beside Max to investigate about this speechless man.
Max explains me that Kenny owns a ranch in Arvada, Wyoming and has come to check out his cattle grazing on our ranch.
Kenny now2 is back working on his cattle business; but he’s more of a successful rancher. Until a few years earlier it was the highest rated Pick up man3 at the Las Vegas National Finals.

He is the only protagonist of the National Finals to be awarded the title of “Man of the Year” 4 for two consecutive years. Lifetime sponsored by national brand such as Wrangler, Justin Boots and Coors beer since the 1980s (I don’t know how many boxes of jeans, shirts, boots and saddle gear I ‘ve seen in his garage!). Today, he still receives a special invitation to the national competitions.

There are some legends about him regarding the several time and events that have entered the history of the Rodeo.
One of these was immortalized by western artist Bob Burkhart: he created a sculpture of the legendary Kenny based on a lifesaving rescue made years earlier. In the wild ride, a bronc rider was still unconscious in the saddle. Kenny, getting beside the animal that was still kicking, managed to turn the boy loose from the lead rope and grabbing him by the shirt, dragged him onto his horse and saved him.

The famous painter James Bhama was also inspired by a photo taken in Cody Night Rodeo for his painting “The grand entry”; Kenny is portrayed in the saddle holding the American flag waiting for the sound that officially open the Rodeo event.

I am amazed. Confused. Intimidated and at the same time happy to ride with this rodeo man.
I’d like to talk to him. Ask him a thousand questions. Ask him about his past in the rodeo world, but he spends very few words: he explains himself more by moving his hand. I have only one opportunity. I pass him at a gate. With a grave voice he says to me: “shut the gate!”. Then he moves forward and, without turning back, almost imperceptibly says: “please”.

In the following years we worked together. We met and became great friends.

I will have the pleasure to tell you other stories about Kenny. By now I can say that I got the honor to meet a great Cowboy!
Although in response to a guest, who asked him if he was a cowboy since he wore a hat, he said with a smile that looked more like a grimace: “am I a Cowboy? No, I just found this hat on the ground! “ 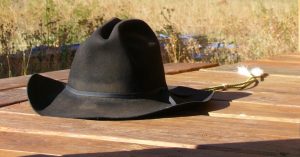 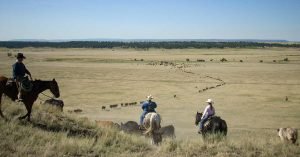 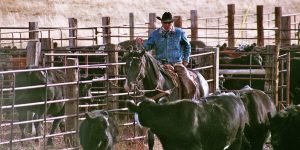 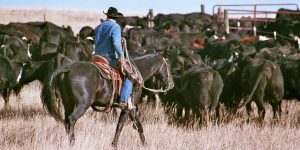 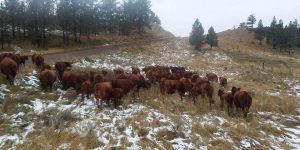 Wild Plums on the trail 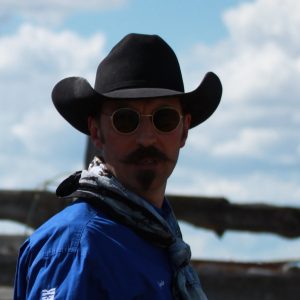